Environmental Arsenic in a Changing World 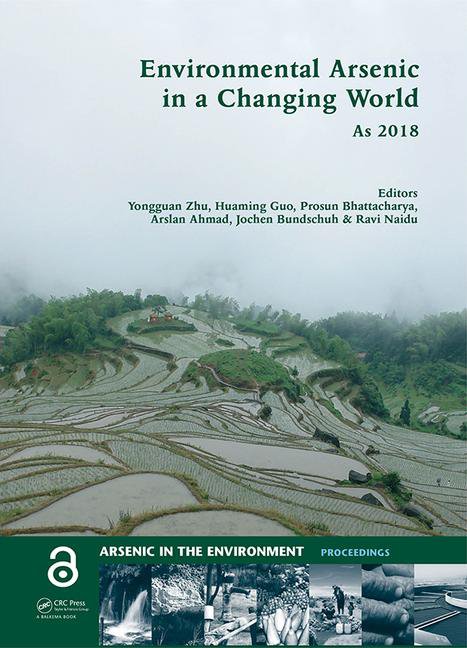 The Congress "Arsenic in the Environment" offers an international, multi- and interdisciplinary discussion platform for research and innovation aimed towards a holistic solution to the problem posed by the environmental toxin arsenic, with significant societal impact. The Congress has focused on cutting edge and breakthrough research in physical, chemical, toxicological, medical, agricultural and other specific issues on arsenic across a broader environmental realm. The Biennial Congress "Arsenic in the Environment" was first organized in Mexico City (As2006) followed by As2008 in Valencia (Spain), As2010 in Tainan (Chinese Taiwan), As2012 in Cairns (Australia), As2014 in Buenos Aires (Argentina) and As2016 in Stockholm (Sweden).

The 7th International Congress As2018 was held July 1-6, 2018, in Beijing, P. R. China and was entitled Environmental Arsenic in a Changing World.

The Congress addressed the broader context of arsenic research aligned on the following themes:

Arsenic in drinking water (mainly groundwater) has emerged as an issue of global health concern. During last decade, the presence of arsenic in rice, possibly also other food of plant origins, has attained increasing attention. This is particularly true in the Asian countries, where the use of high arsenic groundwater as source of irrigation water and drinking water has been flagged as severe health concern. This has been accentuated by elevating arsenic concentrations in deep groundwater recharged from shallow high arsenic groundwater, which may have further detrimental effects on public health. Notably, China has been in the forefront of research on arsenic biogeochemical cycling, health effects of arsenic, technologies for arsenic removal, and sustainable mitigation measures. The Congress has attracted professionals involved in different segments of interdisciplinary research on arsenic in an open forum, and strengthened relations between academia, research institutions, government and non-governmental agencies, industries, and civil society organizations to share an optimal ambience for exchange of knowledge.