Millions of Bangladeshis could have access to drinking water free from dangerous levels of arsenic, thanks to a research team led by KTH Royal Institute of Technology.

An international research team led by KTH Royal Institute of Technology has created an easy-to-use method for identifying aquifers with safe levels of arsenic, a mineral element that enters drinking water supplies from natural deposits in the earth or from agricultural and industrial practices. The tool is especially important in rural Bangladesh, where the water supply is mostly obtained by manually-operated hand pumps in tubewells installed by the communities themselves. 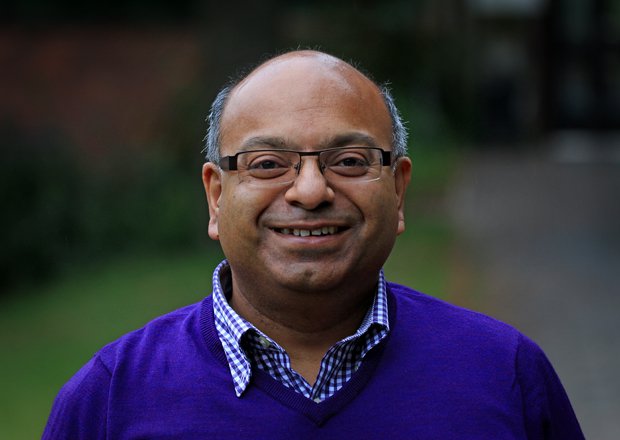 The researchers found that the colour of sediment obtained through test borings correlates to the concentration of arsenic found in the water. So, they created a simple scale of five colours based on the local drillers’ colour perception and Munsell’s colour system, which drillers can use to compare with sediment colours.

“When developing this method, we took into account three important aspects, namely the local water driller’s role and situation, the cost to drill for water and access to water with low amounts of arsenic,” Bhattacharya says.

The findings of the study were published by the Sustainable Arsenic Mitigation (SASMIT) project, which is led by KTH International Groundwater Arsenic Research Group (GARG). 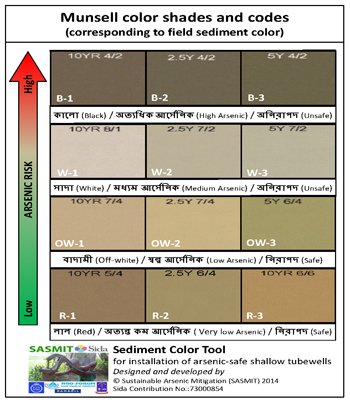 The card drillers can use to compare colours with the sediments from test boring.

Every year millions of people in Bangladesh are exposed to dangerous levels of arsenic from drinking well water. A coordinated effort in the 1970s and 80s to reduce the scarcity of drinking water in the country led to the creation of millions of new wells. But in the 1990s, the water from many of these wells was found to contain unacceptable levels of arsenic.

Arsenic winds up in the sediments in wells after it is transported from the Himalayas via the Ganges Brahmaputra-Meghnas river system. With no colour or aroma, it is difficult to detect without testing.

In the process of their work, the researchers also found that one need not drill particularly deep in order to find sufficient drinking water.