Arsenic in Geosphere and Human Diseases

Arsenic 2010: Proceedings of the Third International Congress on Arsenic in the Environment (As-2010) 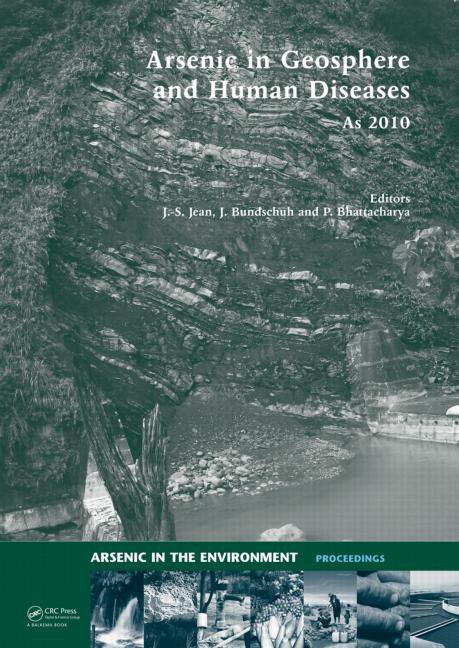 The congress "Arsenic in the Environment" offers an international, multi- and interdisciplinary discussion platform for arsenic research aimed at short-term solutions of problems with considerable social impact, rather than only focusing on cutting edge and breakthrough research in physical, chemical, toxicological, medical and other specific issues on arsenic on a broader environmental realm. The congress "Arsenic in the Environment" was first organized in Mexico City (As 2006 ) followed by As 2008 in Valencia, Spain. The Third International Congress As 2010 was held in Tainan, Taiwan from May 17-21, 2010 entitled: "Arsenic in Geosphere and Human Diseases". The session topics comprised:

Hosting this congress in Taiwan was especially relevant, because the endemic Blackfoot Disease, related to the arsenic uptake from drinking water supplied by artesian wells, was discovered here half a century ago. Since then Taiwan has become an important region specializing in arsenic research. This volume presents the extended abstracts of the congress and will give the latest state of the art knowledge based on current research performed by the global scientific community.